Jovana (12), and Dejan (8) are walking approximately one hour, each day from school to their home. The road takes them over the valleys and up the hills, and as it’s one of the final days of a golden fall, weather is still warm enough for a brisk walk.

A chilly wind carries the children’s’ chatter down the small mountain stream and Jovana pulls up her hoodie. “It will be much harder during the winter”, she says. The children are concerned about the signs of a rapidly approaching winter, when the snow will cover the mountain, slowing them down and making their way home even longer.

Their older sister Dejana started high school, and once she finishes her walk down the hill, she takes a bus to Doboj, a nearby town in Central Bosnia. For her parents it is constant struggle to afford the monthly bus pass for her, because for the people around here, 35 BAM is a small fortune. Jovana and Mihailo’s family lives from selling their own products, and they can barely sell enough to purchase the bus pass and the school supplies the children.

“Life is hard when you are far from everything and there are no chances of getting a job,” says Mladen, children’s father, “It is a constant struggle.”

Family Petkovic is one of the beneficiaries of the project “Integrated socio-economic support to landmine victims in BiH” funded by the European Union and co-funded by World Vision Austria and partnering municipalities. The goal of the project is to provide economic and social support for 200 landmine victims and their families in BiH and to make the landmine survivors’ abilities and needs more visibility. The project is implemented by World Vision BiH in partnership with the Organisation of Amputees UDAS.

After school, children often help with chores in and around the house and today, they are collecting hay. Small tractor, which was donated to them through the project, will carry hey up the hill. For most of their lives, they would collect and carry it by hand, but now their machine makes this hard work a lot easier. And not only hey, but other yields and goods. “We keep cows, pigs and grow crops. It is not easy, but we must go on”, says Mladen. “It will allow us not only to transport products but to bring home wood for the winter also."

Mladen survived a mine accident in 1996. He was in the forest near his property, chopping wood for the winter when he stepped on a landmine. He lost the fingers on one hand, damaging the other hand and his eyes as well. His injuries left him 80 percent disabled.

“This has changed my life completely, suddenly, I couldn’t see well anymore”, says Mladen. The woods in the area have not been cleared of mines and cautioned by their own experience, parents fear for their children. “We are constantly worried for children and we warn them all the time that there is uncleared area in the vicinity”, concludes Mladen.

There are still over a 1000 square kilometers of uncleaned area in BiH. The European Union is a large donor in support to Mine Action in BiH with approx. EUR 46 million invested up to now. Besides mine clearance, the EU has provided significant assistance to Bosnia and Herzegovina in support to the landmine victims and returnees.

The number of children killed by mines in BiH has significantly decreased over the last decade. However, many children continue to live in mine-affected communities, where their security and the right to a carefree childhood are threatened. Bosnia and Herzegovina have yet to fulfill its remaining obligations under the Convention on the Prohibition of Anti-Personnel Mines. This includes providing support for mine victims in rehabilitation and integration, as well as the continued clearing of mined territory as soon as possible and in any case no later than 2025. 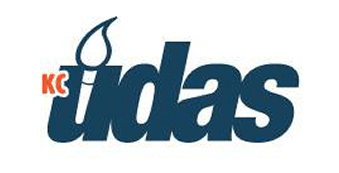 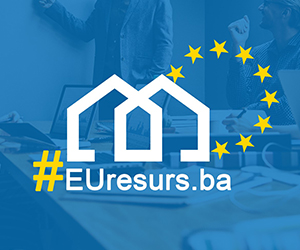